We protect what protects us 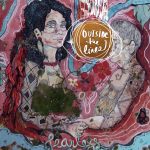 The small town of Olivenca is charmingly unassuming, but it’s winding streets and bridges are full of histories. Four hundred and fifty years ago, it’s shores were first touched by portuguese ships, and home to one of the biggest massacres of Indigenous people in Brazilian history. Legends speak of seven kilometers of indigenous bodies, laid side by side by side on the white sand beach. Big sails being blown into by the wind towards land, they are looking for India, instead they find themselves in a lush, verdant forest in Bahia. The Tupinamba- the people of the land, are blessed in feathers, their skin painted with the ink of the Guinea Pappo.  Their gods have no form, no colour, but manifest themselves as a feeling – ‘encantada’  (enchanted), they are called. They grow cassava, sweet potatoes, tobacco. The land is sacred, and everything returns to it- including our bodies, and the ancestors before us.

Descriptions of the Tupinamba fill the pages of Cosmographie Universelle, with painted pictures of a shaman’s cape, woven of stars and feathers, adorning European museums, but conveniently forget to mention the  massacre, the exploitation, the enslavement and the brutal acquisition of the Tupinamba territory. Four hundred and fifty years later, the Tupinamba people are still fighting for their land,colonizers replaced by corporations. The government and police, meant to protect them, are a constant threat.

Four hundred and fifty years later, the Fearless Collective found themselves in a village square, collaborating with Pelas Mulheres, a FRIDA: The Young Feminist Fund grantee, to reclaim an indigenous ancestral graveyard, sacred to the Tupinamba people, taken by the church as part of the ‘civilization’ of modern day Brazil. For the Tupinamba, the land is power. And what comes from this sacred land symbolizes protection, safety, healing. The Tupinamba use ink and mud of this land to paint each others’ bodies. Protecting themselves from evil spirits and healing the spirit within. The village elders paint their daughters and their daughters paint the elders.

For hundreds of years, the tupinamba had to hide their body painting tradition to protect themselves and not stand out, but now the younger generation is remembering, reclaiming and re-invoking the spirits as they paint their bodies with pride. Fearless Collective uses ritual as a performative action that takes us into deep emotional spaces. Here we worked with traditional medicines and ceremonies of the Tupinamba community by using their body paint. The red paint is from the belly of a fruit called guinea pappo. The soft-pink-white is a rock softened by salt water from the sea, making a soothing paint for skin. Each born from the land, symbolic of protection and healing. Today, in the village center, painted on a concrete circle, are two women- the younger girl bedecked in the feathers of her people. Her face is adorned in war paint, her eyes are fierce and she remembers, invokes and reclaims the traditional patterns of her ancestors, painted on the skin of her grandmother. For hundreds of years, the Tupinamba hid their body painting tradition (a symbol of protection) to protect themselves from colonizers. But now, in a resurgence echoed by indigenous communities around the world, the younger generation is reclaiming their traditions and their territory.

‘We Protect what Protects us’